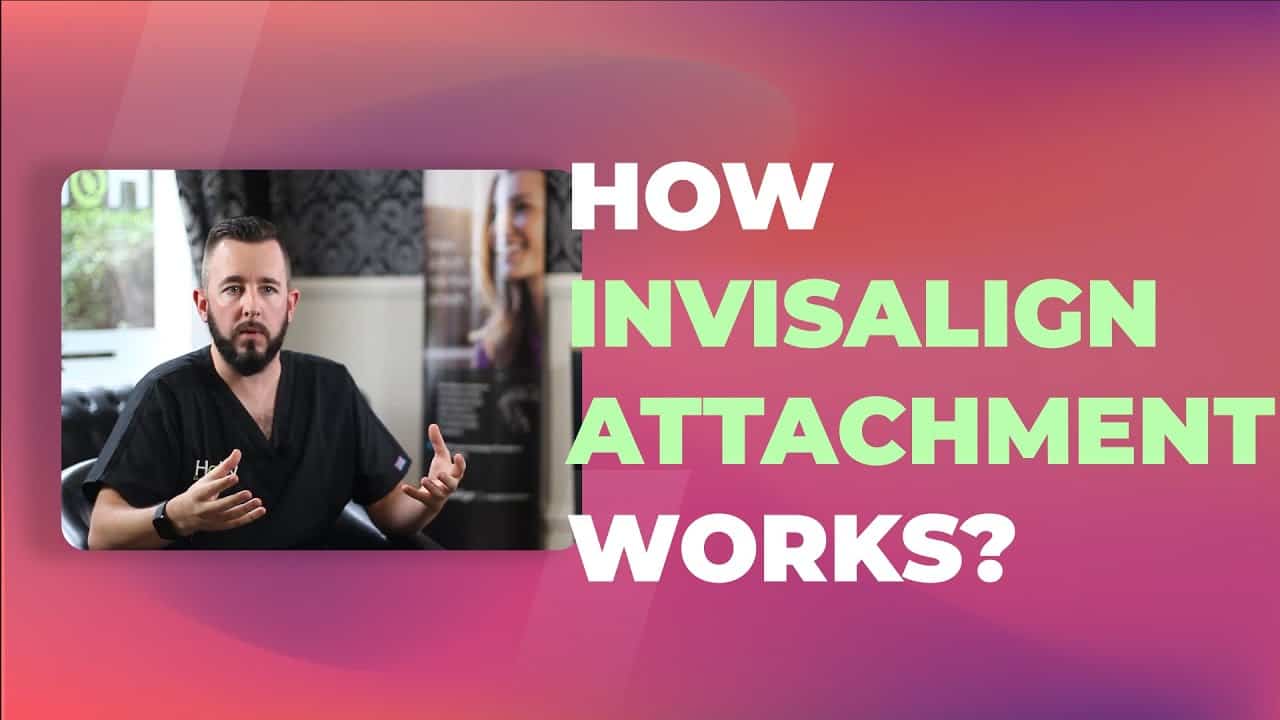 How do Invisalign attachments work? | Learn From Cosmetic Dentists in Preston

So I’ve already touched before now and there’s a comparison between the two, but the fundamentals of how both systems work, rely on the same thing. But the way that the Invisalign system works better, and particularly the attachments work better, first of all, their tooth-coloured. And now you can get tooth coloured brackets, but again, the tooth coloured brackets are still big square brackets on the front of every single tooth.

Yes again, there are the ones that you can then have the incognito braces. You can have them on the inside, but then they’re interfering with your tongue. Again, they’re on every single… they’re a nightmare to clean around, whereas, the Invisalign attachments are essentially custom-designed for each individual tooth. And that for a provider like me, for instance, that gives me an ample opportunity to be able to design the attachments and make them as invisible as possible, depending on what tooth they’re being attached to.

I can also be a little bit crafty. I’ve got instances where we need to make a specific movement on a tooth, but that movement doesn’t come until halfway through. And so, what I can do is I can minimize the amount of attachments, have half the attachments on the first half of the treatment, switch things up halfway through, and again, only have half the attachment that’s then say for the instance on the front teeth, therefore making it again, it’s far superior to have an… literally a bracket on every single tooth throughout the entire duration of your treatment.

But specifically, Invisalign attachments, the way they work, there can be a number of different shape sizes. You can get circular type – a lot of patients refers to them as buttons, but you can get circular types, squares, rectangles, triangles, even combination, precision attachments, combination of two much smaller attachments. And essentially what they provide is, they provide a flat surface. And whether that flat surface is on towards the tip of the tooth, towards the gum line of the tooth, or again, where you’re going on a combination of two attachments, they could be working against each other. But essentially the whole point is, is that the brace system, the aligner alone, cannot pull down on a tooth because a tooth has a very flat surface, the aligner has a very flat surface. So essentially, the attachment and the flat surface on the attachment provides that extra little bit of grip for the brace system to actually push against in order to whether it be twisting the tooth, turning the tooth.

Now, I’ll very often use the analogy when trying to explain this to patients. It’s kind of… imagine cogs, cogs within a clock, okay. And the cogs have teeth and the cogs have teeth because they need those two circular things to be able to grip against and work against each other. Without that, they just kind of keep smooth. It’s a smooth surface. They’re going to rub smoothly against each other. Whereas, imagine then if that clock was turning extremely slowly and each of those two elements had at least one tooth, and that’s essentially what the attachment is. The attachment is that one tooth to move that cog very, very slowly. And in that particular situation, the cog is of course the tooth. So it’s only moving, and that’s if it’s rotating. It could be if it’s pulling that down, but that very slow movement is basically what is enabled by the flat surface on the attachment itself.

So, the number of attachments and the type of attachments, the shapes of the attachments and the position of the attachments is completely customized. It’s completely tailor-made to the specific were we refer to as a dentist, as a malocclusion. But the crowding, it could be spacing, it could be that the jaws aren’t quite lined up properly. So, without seeing you for a consultation, nobody, no provider could sit there and say, “Okay, well, you’ll need.” They can’t tell you from a photograph. They can’t tell you that you’ll need four attachments – you need six attachments. The average really for a normal Invisalign case, would be, I would say somewhere between about eight to 12.

Now, whether they’re on the back teeth, whether they’re on the front teeth, you will always need some anchorage. Whether you’re pulling teeth, you’re pushing teeth, you twisting teeth; you’re always going to need some anchorage towards the back. When I provide Invisalign treatment, I would always try and keep the attachments where possible as far back. It’s very, very rare that we would ever tend to have anything on say the front eight teeth, so that’s the four top and the four bottom. But in order to answer that question, you would literally have to come in for a consultation. We’d assess everything to do with your bite, the positions of the teeth, work out what rotations, work out what your end goals are as well. You know, we might, I mean, again, I do this a lot.

Patients might come to see me and say, “I don’t like this little gap at the front.” “I don’t like the space in between my bottom teeth.” “I’m happy with my top teeth, but I’m not happy with my bottom teeth. Teeth are crowded.” The whole point of consultation with us is that I will look at all your concerns and I will always prioritize your concerns. But in order to treat you the most effectively with the Invisalign system, because there’s so much flexibility within it, I would always look at well, what else can we do?

A lot of the time we’ll broaden smiles and patients kind of sit there and go, “Oh yeah, I see a little bit more of a back teeth when I’m smiling, give you a broader smile when you’re smiling.” And so, you could say from a photograph without actually knowing what your concerns are, “Oh, you might need about five or six attachments.” But the whole point is, you wouldn’t go to a decorator and say, “Okay, I want you to make my room perfect, but you can only use one tin of paint.” What you’d actually say to him is, “You use as much paint as you need to do to get the right end result.” And that’s what I would say with attachments; use the right number of attachments to get the right end result. It’s temporary. The attachments come off as soon as we finish the treatment.

And again, you know, you talk about this little tooth full of dots. A lot of my patients, one of the things it’s that. And they sort sit and go, “Oh, right, okay. It makes it a bit more visible. Something stuck to my teeth.” Every single time I put attachments on, I’ll say to the patient, as I’m doing it, I promise you, these things don’t look as obvious as they feel because your mouth’s an extremely sensitive part of your body. You put these in, they are – they’re tiny. You know you got a couple of millimetres, these little white dots on the teeth. But to your mouth, it will feel obvious. God forbid if you’ve ever lost a tooth, if you’ve ever lost a filling, you’ve ever broadened a tooth or something like that. But it will feel massive. It will feel massive to your tongue until such time where your brain just kind of accommodates it and gets used to it.

Again, I use a similar analogy with glasses wearers, you’ll switch from a frameless set of glasses; you’ll change that then to a set of glasses with a fairly thick frame. You put them on, you finally got your own lenses in the opticians. And all you see is you see these big rings. You see these big marks, these big, whether it be black or a dark look, you see these big rings around your eyes, but your brain just deletes it. Your brain gets used to it being there all the time. Eyelashes, nose, when you talk to somebody, you’re not looking at your nose, even though it’s right out in front of you because your brain deletes it.

And as much as patients get sort of worked up about maybe having these attachments, having them on the front teeth, your brain literally deletes it to the point where you come to the end of the treatment, I polish them off, and patients kind of go, “Oh, that feels weird. That actually feels weird to have the attachments off.” And so, as much as I can’t say how many attachments there are, a lot of patients, it is one of the biggest hangups about one of the Invisalign systems. But again, the alternative is the fixed brackets on every single tooth. You know, the attachments are usually, they’re not even on for the entire duration of the treatment in some aspects. You know, it depends. I mean, I’d say they’re on for about 80 to 90% of the duration, but again, in the same way that the number of attachments is different for every patient, the number of aligners are different for every patient. The timeline and how long these things are going to take is different for every attachment.

So come in, you know, have a consultation. We’ll always try and nail those things as close as we possibly can to give you an idea of timescales, whether it’s a number of attachments, whether we need to make any little spaces or anything like that, to get the teeth moving. If the sort of, you know, there’s a reason they’re crowded, usually because there’s not enough space. And therefore, timescales and costs and everything else that are involved in it. We’ll always give you that in the first appointment wherever possible. 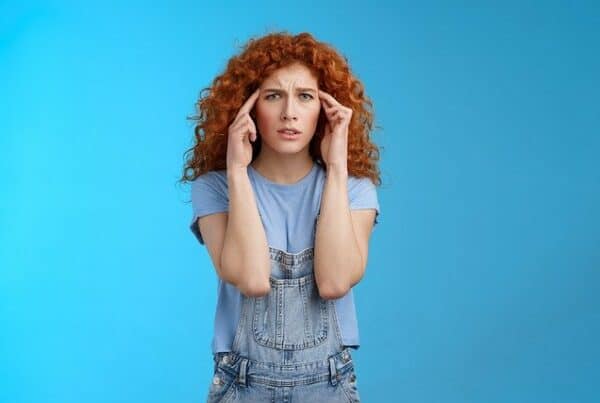 How BOTOX® Can Help Get Relief for Chronic Migraine 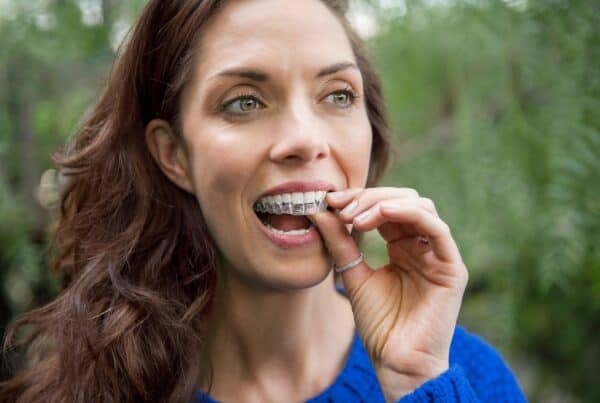 10 Things to Consider Before Starting Invisalign 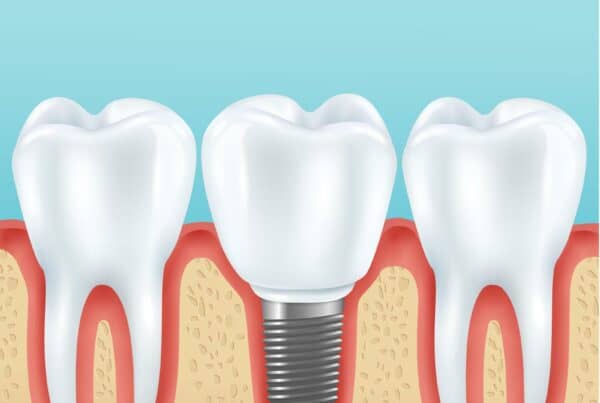 What are Dental Implants and Do I need Them?

This website uses cookies to improve your experience while you navigate through the website. Out of these cookies, the cookies that are categorized as necessary are stored on your browser as they are essential for the working of basic functionalities of the website. We also use third-party cookies that help us analyze and understand how you use this website. These cookies will be stored in your browser only with your consent. You also have the option to opt-out of these cookies. But opting out of some of these cookies may have an effect on your browsing experience.
Necessary Always Enabled
Necessary cookies are absolutely essential for the website to function properly. This category only includes cookies that ensures basic functionalities and security features of the website. These cookies do not store any personal information.
Non-necessary
Any cookies that may not be particularly necessary for the website to function and is used specifically to collect user personal data via analytics, ads, other embedded contents are termed as non-necessary cookies. It is mandatory to procure user consent prior to running these cookies on your website.
SAVE & ACCEPT